What Do People Do At EDM Festivals?

Let’s start by defining what EDM is about and why it is crucial to do so. EDM or Electronic Dance Music is (as Wikipedia puts it) “a broad range of percussive electronic music genres made largely for nightclubs, raves, and festivals. EDM is generally produced for playbacks by Disk Jockeys (DJs) who create seamless selections of tracks, called a mix, by segueing from one recording to another. EDM producers also perform their music live in a concert or festival setting in what is sometimes called a live PA. In Europe, EDM is more commonly called ‘dance music’ or simply ‘dance’” The term EDM is a bit controversial since it is being used to portray the “unpopular” or mainstream kind of electronic music which started after the electronic music sub-genres were pushed to the United States in early 2010. EDM in the articles of this blog will always be the umbrella term signifying multiple genres in the electronic music spectrum.

Back in the 1980’s, electronic dance music was “underground” and played at illegal rave parties in secret undisclosed locations, from warehouses to abandoned garages and to large remote fields. Fast-forward to the 90’s and 2000’s several aspects of this underground rave culture began to evolve into legitimate and organized EDM festivals.

Throughout the years, people have been going to EDM festivals to escape their everyday life. At EDM festivals, people experience music, they dance, mingle and meet other people who enjoy similar things, and even become close friends.

Festivals evolved to include stage designs, several areas with a wide variety of music genres, and started focusing on the experience itself. What differed from the old rave culture was the fact that these were now organized, and well produced. What you can expect to see nowadays are large groups of friends gathered together in one beautiful place with many art stations, various activities and different stages produced to perfection on a very large scale. You can see people smiling, enjoying their time and socializing together, united by the music and by the general positive vibe of the location. Rawley Bornstein from MTV described electronic music as “the new rock and roll”.

Festival promoters worked (and still do) to bring in a large list of corporate sponsors, and have done an excellent job at branding their events. Large festivals have shown a lot of growth in recent years, and brought in a positive economic impact on the areas they’re produced and hosted in.

Among the major attractions that draw partygoers are the décor and stage designs each year. EDM festivals are a combination of large structures, camping areas, locker rooms, booths, fun and games, artistic setups in addition to the main massive stages where all the acts and DJs perform to thousands of screaming and excited crowds. Stages are now designed with special pyrotechnics, lighting structures, and massive screens all created under a single theme which changes every year. Today’s audiences are educated and know what to expect. Attendees come into a festival expecting a new interesting story, a massive stage with the latest technologies. They want to be blown away by the effects all of these will have on them. They want this escape from everything they know. The EDM festival environment is created to be a truly immersive experience. It takes a lot of organization to pull off a feat like this with thousands of lighting fixtures, screen technologies and audiovisual content from the festival itself and the guest artists.

When you first enter the gates of the festival you will be entering into a unique world that is different from anything you’d imagine on the outside. It’s a place where all your senses are touched in some way. To understand the scale of what we’re talking about here, stage designer Steve Lieberman once mentioned in an interview that a festival requires about a month of set up. Setting up the perimeter fence and bringing in infrastructure before they start spiking the property where the stages will land. The stages are so big that they will take two weeks just to build the structures. Then, it’s a week of lights, a week of video and multiple days of programming. As you can see, the setup itself is a tremendous effort.

As mentioned above, today’s audiences are smart and knowledgeable. They’re aware of the scene, of the festivals and various choices they have. They enter the festival gates with high expectations and a brief idea of what to expect. The EDM scene is filled with young people who love life but it is also filled with an older crowd that comes from an earlier more underground kind of setup; of a more aggressive and rebellious nature. No matter who they are, when people come into the festival grounds they are united instantly by their love for the music, the artistic feel, the freedom of expression and the “escape” nature of the whole event. Yes, people all around you will be smiling, screaming out of joy, releasing themselves and beautifully expressing their love for all what’s happening around them. You will see people frantically dancing, looking like they’re out of some asylum. Others are calm and introverted yet they have a smile on their face as they move to the bass beats of the music playing.

Everyone Is A Big Family!

People at EDM festivals are dressed comfortably, are expressing themselves either by the way they dress or the music they hear. By the stages they’re attending or the art that they’re doing. United by the melodies, the beats, the music and the vibe of the place itself, the attendees at an EDM festival are happily lost in their own bubbles and the large bubble that holds them all together. They’re the people of the EDM lingo “PLUR” which stands for Peace, Love, Unity & Respect.

Think of everyone as one big family coming to together for music. You will meet new people, help someone out and experience someone helping you out for no return or expectations. Without these people, dance music will be dead. Without this love, the scene would die. “Real fans” dress up in costumes and bring festive accessories like totems that poke above the crowds for groups to identify each other. They bring flags of their countries and groups and what are called “kandi bracelets” to trade with friends, old and new.

What Is “Kandi Culture”?

‘Kandi’ primarily consists of plastic bracelets garnished with designs or wording of some sort. It’s a 100% customized piece of accessory that is worn during these kinds of events. It is made with beads found in craft stores, and has become a popular item in the dance music community. Nowadays, entire wrist cuffs, facemasks, hats, necklaces, tops and various other objects are regularly made of kandi. People who wear them actually say that due to the growth of this culture and form of expression, it has become an easy way to meet and get connected with like-minded individuals.

An important part of ‘Kandi Culture’ is the process of gifting which added to the concept of ‘PLUR’ signifies acceptance. Some might give a negative connotation to kandi by linking it falsly to drugs and drug use, which in reality is far from the truth. Kandi Culture became a sort of rebellion to the false connotation it was given, and a way of individualism and self-expression.

“Each kandi trade represents a memory of the person who traded it to you. In a sense, when a raver wears kandi on their arm, they are wearing their past memories and experiences with their fellow ravers,” says Andreas George, aka Injekt, a DJ based in the San Fernando Valley.

As you can notice by now, EDM is an art. And the people are artists, whether they are the producers of the music or the fans themselves, the music is their bond and their canvas to express their emotions.

What You Can’t Do

Simply put? Anything that is opposite to the PLUR concept and of course anything illegal or hurtful to you or others. You’re there for the fun of the experience, for the escape and not to judge, harass or belittle others. You’re there to connect through the music, with the people and the artists. You’re there to enjoy yourself. If you’re one of those people who get a buzz out of seeing others hurt, fail, or be miserable then the scene and these people are not the right place for you. There’s no need to go into all the “No’s” after all we’ve discussed above, but a few key points are to be kept in mind:

You might have preconceived notions and ideas before attending the event, you can’t know the full truth of things unless you experience them yourself and with an open mind. Never judge others on what you experience at the festival grounds, everyone is there to express him/herself. Different people have different ways of doing things. Nudity, sexual misconduct and anything that violates the privacy and decency of others is surely unacceptable. The festival is a public space and it should be treated like one. There are always laws to follow and boundaries not to cross.

In the end, EDM festival people are really nice, a mix of cultures, backgrounds and ethnicities of the world coming together for the love of one thing: the music. They’re drawn to this beautiful place of escape, a peaceful gathering of love and respect. 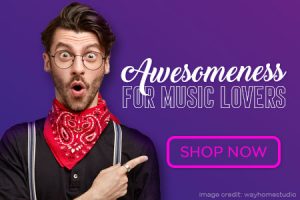